Many Americans view Nebraska as...well, boring.  And flat. To those who don't know better, it's just a badly drawn square on a map of the United States. When viewed or photographed from outer space, nocturnal Nebraska is dark except for a few pinpoints of light hinting at the existence of Omaha and Lincoln. But beneath that dark canopy, separated by hundreds of miles of lonely and eerily silent roads, there are communities of people who, for more than a century, have seen and experienced strange and curious things. Creepy things.

​Most of them go unreported. 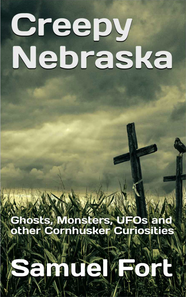