"The Four Winds of the Whirlwind God" 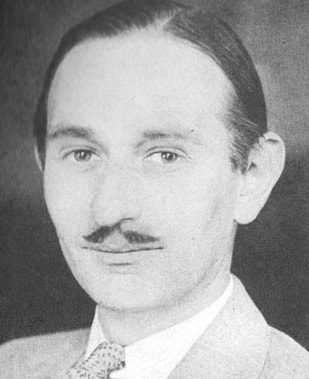 Three months after May and Ruth returned to Los Angeles, Martha Rhoads, still in Portland, beckoned a close associate to her home in order to convey to him her excitement about the Great Eleven and the imminent publication of a wondrous book being composed by an angel.

The associate’s name was Gale Conde Banks, then a 32-year-old instructor at the Hill Military Academy in Portland, Oregon.  “Sergeant Major” Banks “of the Twenty-seventh company, casual containment, Vancouver barracks” had obtained the teaching position in 1919 and taught both mathematics and Latin in addition to serving as commandant of the cadet corps. Born in Indiana, Banks spent some years as a traveling salesman before enlisting in the U.S. Army Signal Corps during the Great War.  He met Martha Rhoads in 1917 when she was conducting welfare work for soldiers at the camp where he was stationed.

While today it seems evident Martha was the conduit between Gale Banks and May, all three cult members denied that.  They claimed May was visited by an angel who told her a man named Gale Conde Banks was to play a pivotal role in the rise of the Great Eleven.  The angel told May to contact Martha Rhoads, who would know how to find him.

​Her reasons for doing so aside, Martha told the academy instructor that he had been called to be a member of the Great Eleven and he must immediately travel to California to meet the new Order’s leader. After that, he was to travel to Boston as a representative of the organization and convince the Church of Christ, Scientist, that May should be recognized as the de facto successor to Mary Baker Eddy and that May and Ruth’s writings, when published, should be sanctioned as official Church literature.

Gale obeyed, traveling to California, where he met May and spent the next two weeks becoming, in his words, “spiritually enlightened.”  The Iowan told him he was to be her secretary, or more specifically, her amanuensis, in which capacity he would transcribe and help interpret the visions she and Ruth experienced when visited by Gabriel.  Both May and Ruth had 8th-grade educations, and their vocabularies were insufficient to convey everything the angel told them.  Gale Banks was charged with preparing a more eloquent final product.
Proudly powered by Weebly